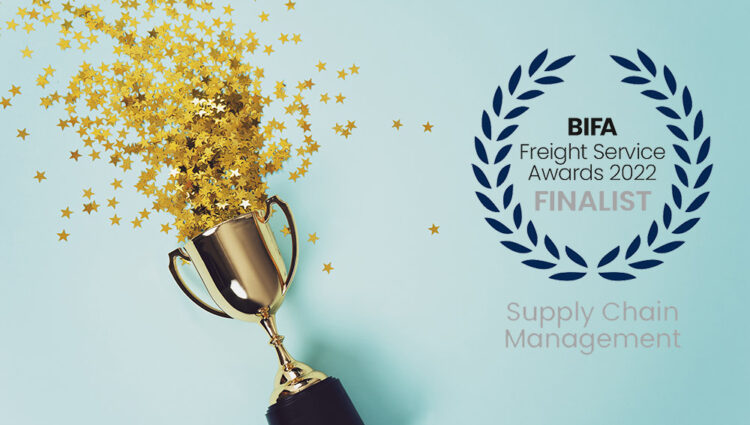 The management at Killick Martin are delighted to confirm that we have been shortlisted for the finals of the BIFA (British International Freight Association) Freight Service Awards again this year.

By reaching this year’s final in the ‘Supply Chain Management’ category, we have now been shortlisted for five finals in three years, and are the current winners of the 2021 European Logistics Award.

The winners of the 2022 awards will be announced at a gala dinner to be held at the ‘The Brewery’ in London on Thursday 19th January 2023.

The BIFA Freight Service Awards are now in their 34th year, and are widely recognised as one of the most prestigious in the industry. They reward high standards and professionalism, representing the ultimate recognition of special achievements in the industry.

While the Killick Martin team have everything crossed for January, we are delighted to have been recognised with the award for making the finals, and would like to congratulate all of the other finalists that have been announced this week.