On the 2nd May, after a surprise announcement the King married his long-term partner and royal consort who would now be Queen Suthida.

King Maha Vajiralongkorn (Rama X), 66 was educated in the U.K. first at a prep school, King’s Mead, Seaford, Sussex, and then at Millfield School, in Somerset.

Thailand has a constitutional monarchy, but the royal family is highly revered by Thais and wields considerable power.

The majority of Thais are excited to be witnessing history being made, and will be keenly watching their first coronation in almost 70 years.

The most famous Thai King was probably Chulalongkorn (Rama V) who ascended the throne as a minor at age 15 in 1868, and as King of Siam on 16 November 1873. As a prince, he had been tutored in Western traditions by the governess, Anna Leonowens. Intent on reforming the monarchy along Western lines, during his minority he traveled extensively to observe western administrative methods. He transformed the monarchy along Western lines of an “enlightened ruler“. He abolished the practice of prostration in front of the monarch, and repealed many laws concerning the relationship between the monarch and his people, while continuing many of the ancient aspects and rituals of the old kingship. In 1874, he created a privy council copied from the European tradition, to help him rule his Kingdom.

Between 1871 and 1879 Killick Martin’s ships, Osaka, Lucia, Heversham and Elmstone were regular visitors to Thailand, calling many times on the Mae Nam Chao Phraya River in Bangkok, mostly for cargo’s of foodstuffs including rice and spices. 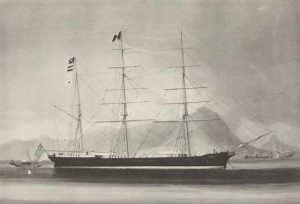 In Thai, Mae Nam is a generic term for river with Mae signifying mother and Nam water. The Thai royal and noble title Chao Phraya may be translated as Grand Duke. The two terms together truly reflects the reverence Thais have for this river. 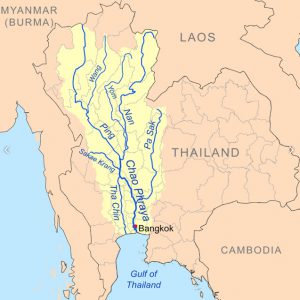 The U.K. is presently Thailand’s 18th largest trade partner, with the value of trade between the two nations amounting to more than $7 billion a year.

(Nikki Asian Review- June 2018). Foodstuffs still represent one of its Thailand’s key exports to the U.K.

Killick Martin offer a complete range of Ocean and Air services between Thailand and the U.K. and would be delighted to quote on your business. We are also experts in moving both ambient, chilled and refrigerated food stuffs.

For further information on our services or to ask for a quotation please contact your local Killick Martin office.