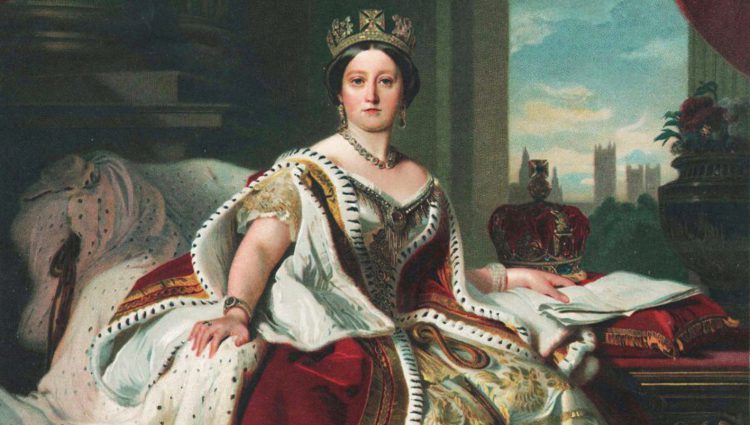 May 24th 2019 marked the 200th Anniversary of the birth of Princess Alexandrina Victoria, Queen Victoria. She was in power as Queen from June 20th 1837 to January 22nd 1901, reigning for a total of 63 years, 7 months and 2 days. A period only exceeded by Queen Elizabeth II on the 9th September 2015.
She ruled during a time when Britain was entering the industrial revolution and had a growing economy and imperial expansion to all corners of the world.
Killick Martin & Company was formed in 1861 and it’s development and growth initially took place during this exciting Victorian era.
Between 1809 and 1839 British exports grew from £25 to £76 million. Ten years later the figure was £124.5 million, and by 1900 this figure had grown to £354 million, with the major export markets being Europe, India and Asia and, increasingly, the United States. . At the start of Queen Victoria’s reign, Britain’s standing as a global industrial and trading power was already unrivalled. The continuous growth of international trade by the Victorian’s was enabled by the improvement and expansion in communication and transportation methods and networks.
A few interesting facts on the development of Communication and Transport in the Victorian Era.

1838
SS Great Western of 1838, was an oak-hulled paddle-wheel steamship, the first steamship purpose-built for crossing the Atlantic, and the initial unit of the Great Western Steamship Company. She was the largest passenger ship in the world from 1837 to 1839. Designed by Isambard Kingdom Brunel, 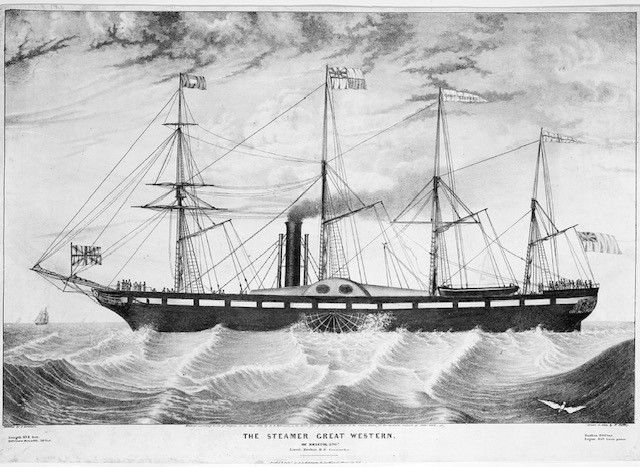 1840
Uniform Penny Post was introduced on 10 January 1840 whereby a single rate for delivery anywhere in Great Britain and Ireland was pre-paid by the sender. A few months later, to certify that postage had been paid on a letter, the sender could affix the first adhesive postage stamp, the Penny Black that was available for use from 6 May the same year.
As Britain was the first country to issue prepaid postage stamps,[22]British stamps are the only stamps that do not bear the name of the country of issue on them.
By the late 19th century, there were between six and twelve mail deliveries per day in London, permitting correspondents to exchange multiple letters within a single day.
The first trial of the London Pneumatic Despatch Company was made in 1863, sending mail by underground rail between postal depots. The Post Office began its telegraph service in 1870. 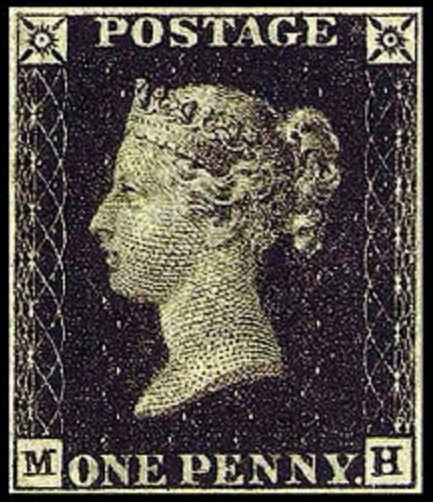 1845
SS Great Britain is launched. She was the longest passenger ship in the world from 1845 to 1854. Designed by Isambard Kingdom Brunel (1806–1859), for the Great Western Steamship Company’s transatlantic service between Bristol and New York. While other ships had been built of iron or equipped with a screw propeller, the Great Britain was the first to combine these features in a large ocean-going ship. She was the first iron steamer to cross the Atlantic, which she did in 1845, in the time of 14 days. 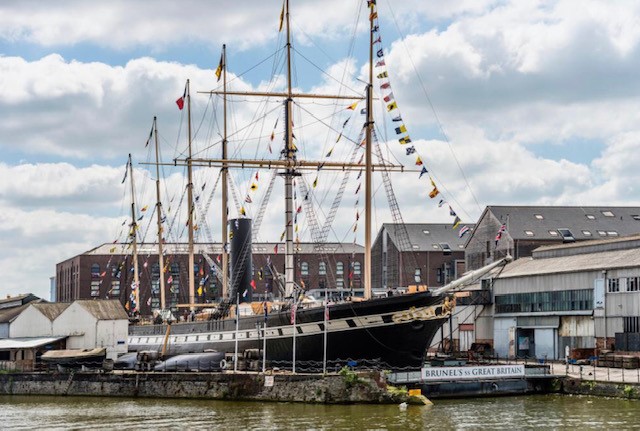 Great Britain
1852
Challenger was a British clipper ship built in 1852 by Richard Green in his Blackhall Yard for Huge Hamilton Lindsay. Challenger’s design and construction was a remarkable change from British wooden built ships produced prior to 1852 incorporating many design features from the American clippers. Captained by James Killick, Challenger went on to beat the American ship Challenge in a Tea Race back from China. Challenger had loaded tea in Shanghai, and Challenge in Canton, but they both transited via Anjur on the return leg. Challenger won by two days arriving back in London on the 17th November. The win encouraged British ship owners to compete head in with the American ships operating in the trade. Killick Martin & Company, founded by Captain James Killick went on to purchase Challenger in 1865. 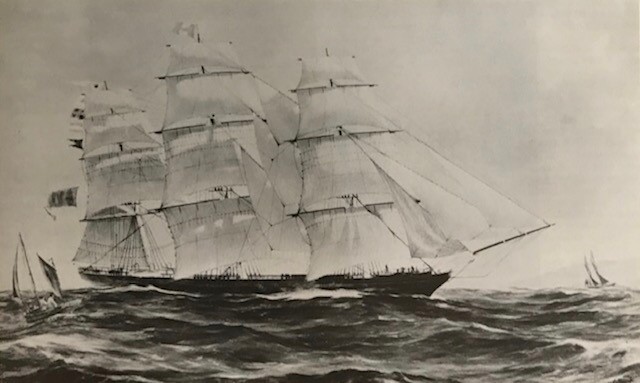 1858
SS Great Eastern was an iron sailing steamship designed by Isambard Kingdom Brunel, and built by J. Scott Russell & Co. at Millwall Iron Works on the River Thames, London. She was by far the largest ship ever built at the time of her 1858 launch, and had the capacity to carry 4,000 passengers from England to Australia without refuelling. Her length of 692 feet (211 m) was only surpassed in 1899 by the 705-foot (215 m) 17,274-gross-ton RMS Oceanic. Brunel died in 1859 shortly after her ill-fated maiden voyage, during which she was damaged by an explosion. After repairs, she plied for several years as a passenger liner between Britain and North America before being converted to a cable-laying ship and laying the first lasting transatlantic telegraph cable in 1866. 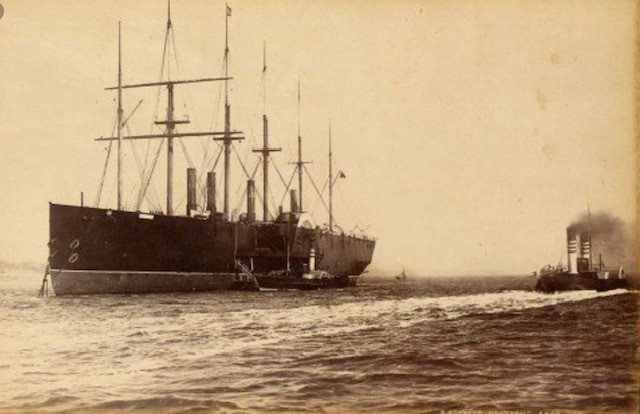 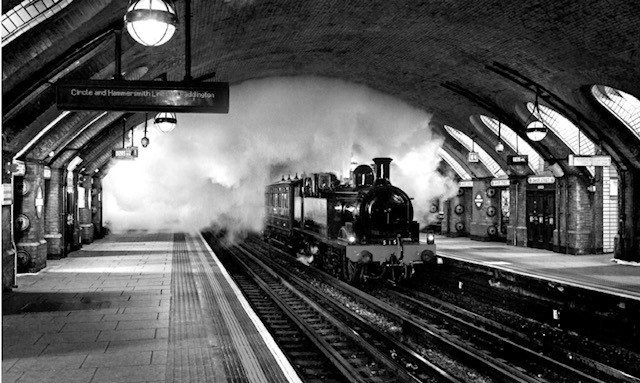 1866 The Great Tea Race
The Great Tea Race of 1866 from Foochow (now Fuzhou), China, to London marked the zenith of the merchant sailing ship era. 57 British and American Clippers took part in the 1866/67 season, including three from Killick Martin & Company, Challenger, Fusi Yama and Yang-tsze.
The opening of the Suez Canal in 1869 hastened the decline of the sailing vessel for long-distance voyages. The Suez Canal shortened the route to India and the Far East by several thousand miles and steamships gradually came to dominate the lucrative Indian trade as sailing ships were not adaptable for use through the Canal (as the prevailing winds of the Mediterranean blow from west to east) and when homeward-bound had to make the journey round the Cape of Good Hope.
However, by far the most significant development within marine engineering that impacted directly on sailing ships was the widespread adoption of the compound engine. The economy in fuel (and associated increase in cargo capacity) attracted ship owners to this type of engine for use in long-haul cargo and passenger traffic, though it was only in the 1860s that such engines became sufficiently reliable for use in ocean-going vessels. Compound engines were later adopted for practically all ships built for the transatlantic service, and during the five years between 1870 and 1875 the number of ships fitted with such engines trebled until the total exceeded over two thousand vessels. 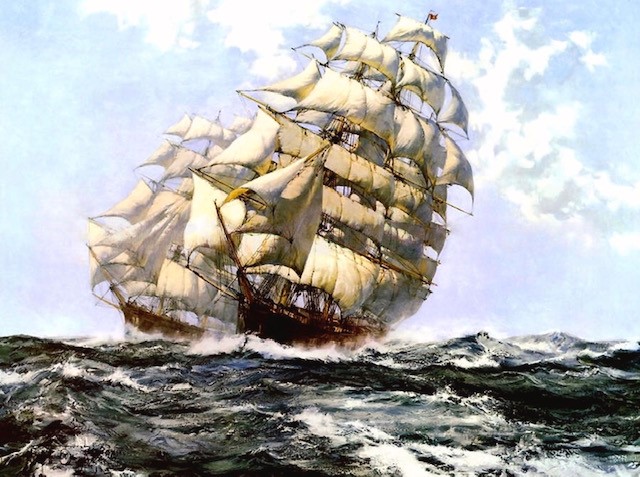 1869
The First Transcontinental Railroad (known originally as the “Pacific Railroad” and later as the “Overland Route“) was a 1,912-mile (3,077 km) continuous railroad line constructed between 1863 and 1869 that connected the existing eastern U.S. rail network at Omaha, Nebraska/Council Bluffs, Iowa with the Pacific coast at the Oakland Long Wharf on San Francisco Bay. 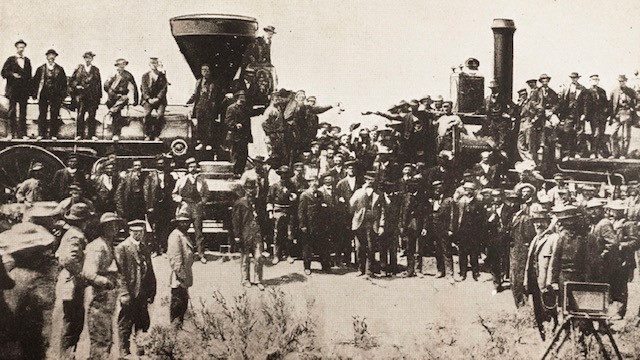 1869
The Suez Canal Company constructed between 1859 and 1869, was officially opened on 17 November 1869. The 193.30 km (120 miles)-long Suez Canal is an artificial sea-level waterway located in Egypt and connects the Mediterranean Sea with the Gulf of Suez. 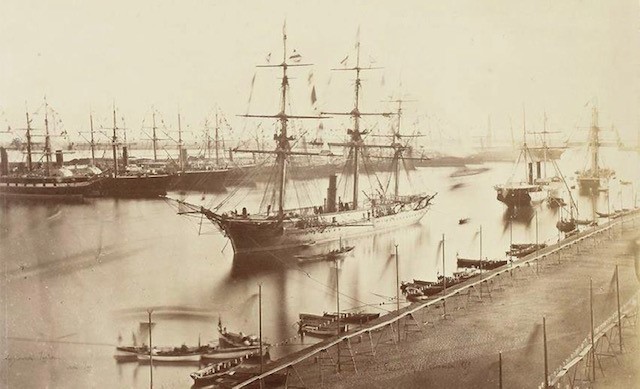 1869
Cutty Sark is a British clipper ship. Built on the River Clyde, Glasgow, Scotland in 1869 for the Jock Willis Shipping Line, she was one of the last tea clippers to be built and one of the fastest, coming at the end of a long period of design development, which halted as sailing ships gave way to steam propulsion. 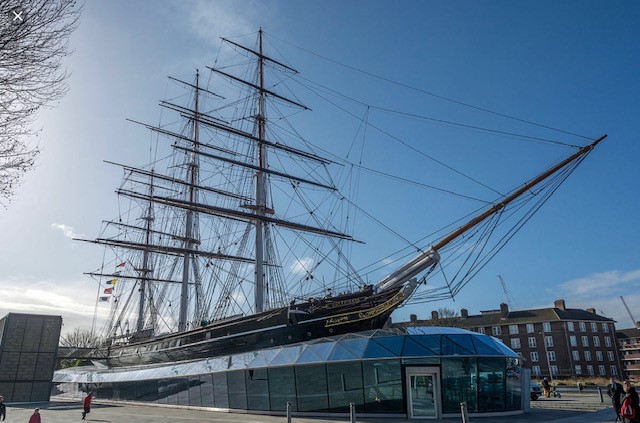 1876
Alexander Graham Bell a Scottish-born scientist, inventor, engineer, and innovator who is credited with inventing and patenting the first practical telephone in 1887. He also founded the American Telephone and Telegraph Company (AT&T) in 1885. 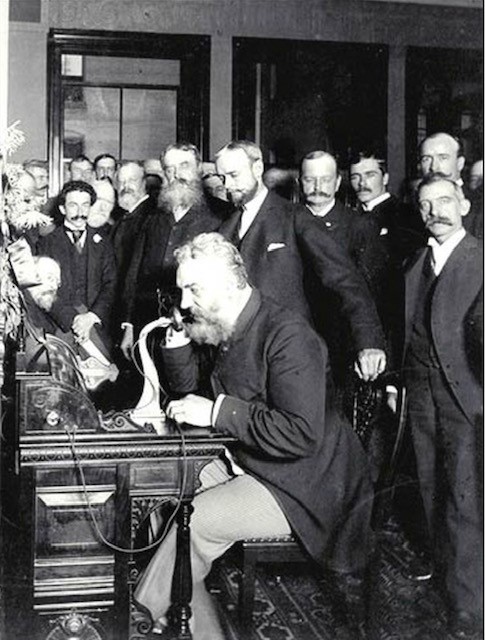 1876
Britain also embarked on the process of raising shipping standards in law, led by Samuel Plimsoll (MP for Derby), beginning with the Merchant Shipping Act of 1876 which made the marking of a Load Line compulsory. Ships were not to be loaded so that the line was submerged. This was the so-called Plimsoll Line, modified to allow for loading in different types of water. 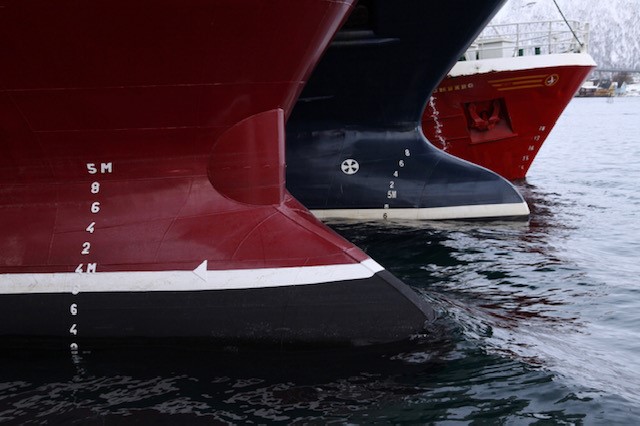 1881
France began work on the Panama canal in 1881, but stopped due to engineering problems and a high worker mortality rate. The United States took over the project in 1904 and opened the canal on August 15, 1914. 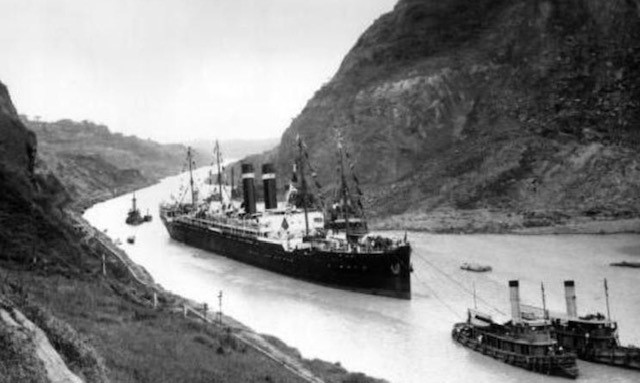 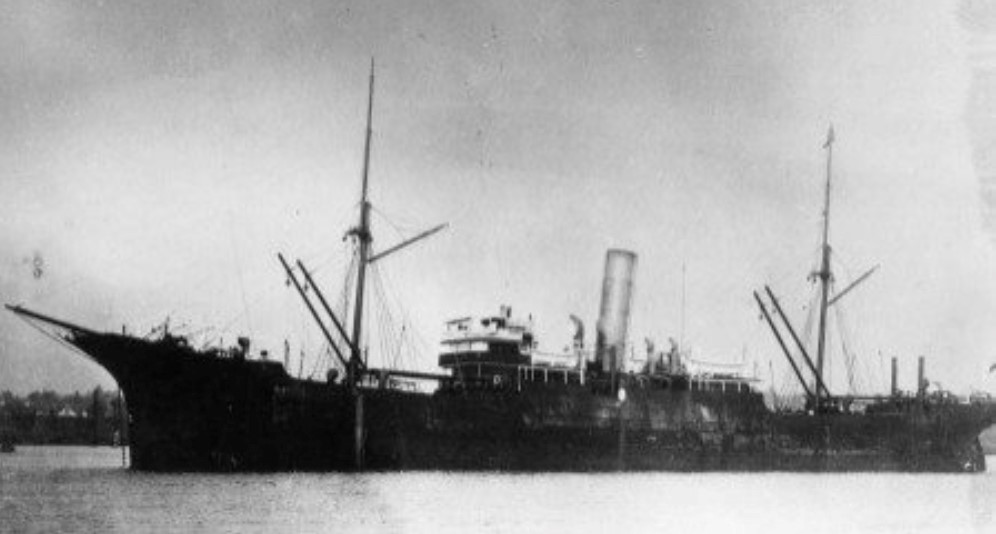 The Benz Patent-Motorwagen (“patent motorcar”), built in 1885, is widely regarded as the world’s first production automobile, that is, a vehicle designed to be propelled by an internal combustion engine. The original cost of the vehicle in 1885 was 600 imperial German marks, approximately 150 US dollars (equivalent to $4,183 in 2018). The vehicle was awarded the German patent number 37435, for which Karl Benz applied on 29 January 1886. 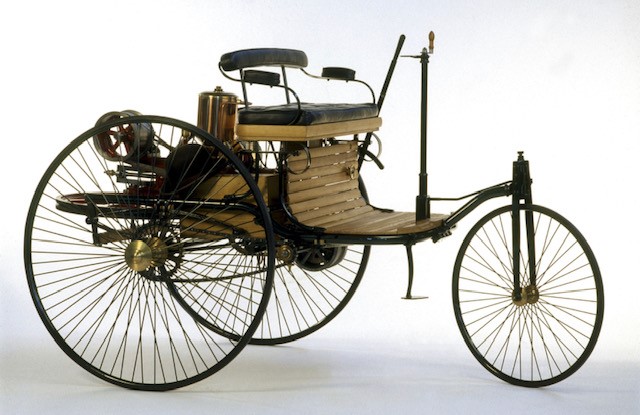 The real ancestor of the modern bicycle is the Rover safety machine of 1885, designed by John Kemp Starley. It was the most successful of a new generation of bicycles, featuring chain-drive from the pedals to the rear wheel, a rigid triangular frame and a low centre of gravity between two small-diameter wheels. 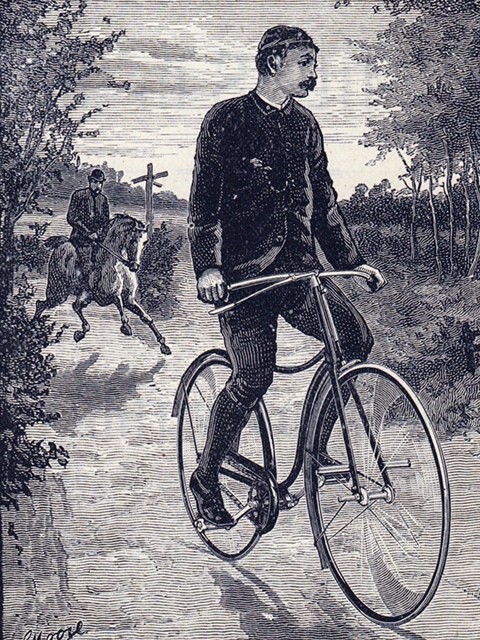 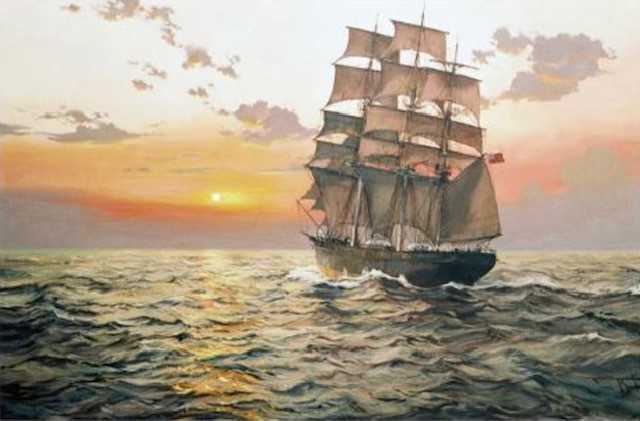 What does the word ‘Killick’ mean?

Around the World in Eighty Days